Dany Babushkin is an artist from Bulgaria. He trained in graphic design at the Visual Arts Academy in Sofia, Bulgaria.

Dany was granted refugee status in Canada in 1999 and subsequently became a landed immigrant and intends to acquire citizenship by March of 2001. He is determined to launch his design career in Canada and is eager to achieve recognition as a professional artist/designer.

In order to keep up with current visual design and artistic production Dany has adopted the computer as his expressive medium. The computer, as tool and partner, facilitates new artistic directions that extend beyond traditional academic design methods. He is prolific and demonstrates an intense work ethic by creating several art works per week. Further directions augmenting his visual investigations embrace synthesized music.

Dany was apprenticing in a graphic design environment at the University of Calgary where he was researching computer design applications for the Head of the Department of Art. Dany Babushkin defines his creative search as a synergy between thinking and drawing. Dany chooses to challenge the status quo with his images and invites the viewer to reinvent a new position towards art. The mixing of a European tradition with a fresh view of Canada offers an excellent stage for creating insightful art work that poses new questions and allows Dany Babushkin to create optimum-efficient advertisement and commercially viable art.

His feelings about Deep Purple:
"Ever since I remember myself, I was exposed to the music of Deep Purple, Hendrix and Zeppelin.
The reason was my loving father. He was graphic designer with compelling passion for good music. He also had a cool collection of LP’s. Growing up surrounded by art and music had huge impact on me, both as person and artist."

Oil on Canvas are 60x80cm  and  70x90cm - 700 euro each. Art print are made with mixed medias/hand sketches/ Illustrator/Photoshop/CorelDraw/, 33x 55 (approximately), 25/30 euro  each, depending on the paper size and quality. You can get his works during the exhibition - he sell them by himself.

To see and to buy during our exhibition (paintings): 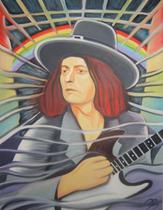 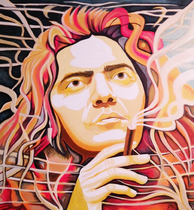 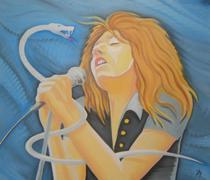 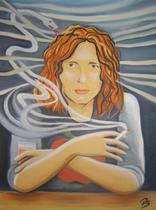 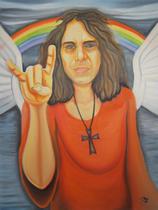 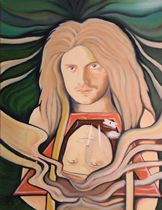 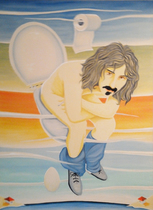 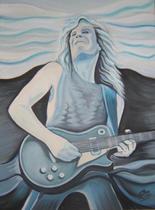 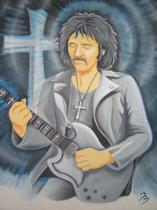 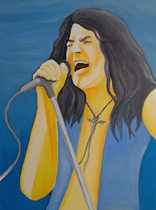 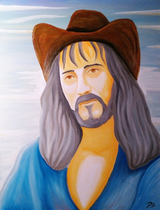 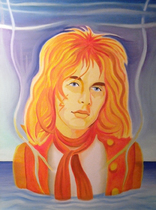 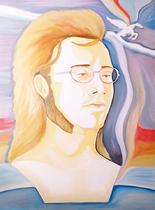 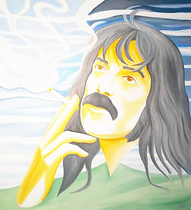 To see and to buy during our exhibition (Sculptures):

To see during our exhibition (Styrofoam): 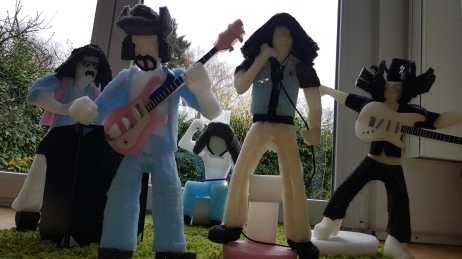